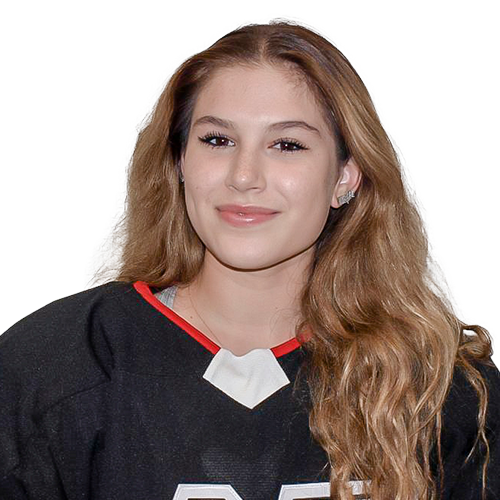 Attributes: powerful skater, shooting, hard worker, very coachable. Continues to develop both on and off the ice with increased strength training and off season hockey camps.

We would like to thank @vr7ual for once again supporting our girls in their pursuit of excellence in hockey. The funds you donated today will help cover some of our Instat costs. We sincerely appreciate your generosity! #Seeyouatournextgame

A special thanks to @EdUSACanada and Jenika Heim for an incredible information presentation last night on the NCAA process, eligibility and so much more . You gave us lots to think about !

We're getting ready to board the bus and hit the road to the @2NationsCP tournament in Detroit ...

Tonight’s game resulted in a 3-1 win vs CP and Kylie Hollingsworth’s 2nd hat-trick of the season!

Player of the Game: Kylie Hollingsworth