The Bantam AA team is coached by Toby Burkitt. The team competes in the Ottawa District Women’s Hockey Association. The team will play 20 games during the regular season. In addition, the team will be participating in playoff and qualifying play down games in February and March. If the team qualifies for Provincials, the team will be traveling to the GTA at the beginning of April. The Bantam AA team will also be participating in key Showcase tournaments throughout the season. 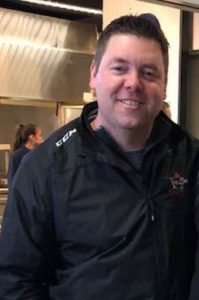